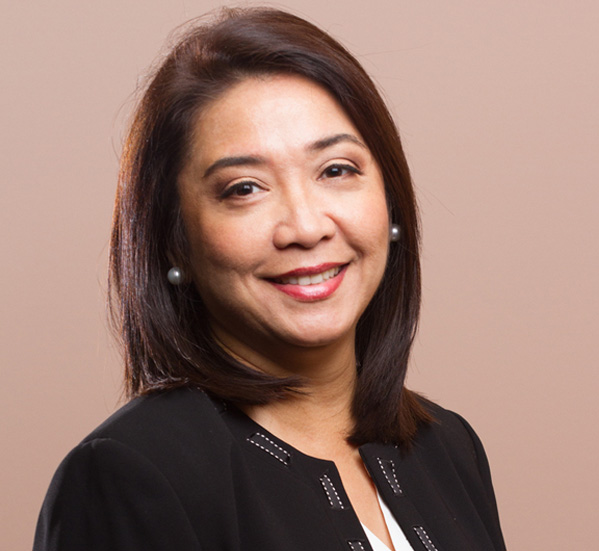 Atty. Aurora Vega-Buzon was admitted to the California bar in 1995 and the Philippine Bar in 1986. She is also admitted to practice in the 9th Circuit Court of Appeals. She has over 15 years of practice in Immigration Law where she represents clients from all over the United States. She has secured numerous approvals for visas and green cards for corporate and individual clients alike, underemployment, and family-based petitions. She has represented notable United States companies engaged in federal contracts, commercial building construction, steel investment foundry, newspaper publication, health care, school for autism and learning disorders, and women’s apparel manufacturing, among others, in getting employment-based green cards and working visas for workers and personnel of said companies.

Most recently, Ms. Vega-Buzon secured the first fiancee visa ever issued by the United States Embassy in the Philippines to a lesbian same-sex couple, in December 2013. She routinely represents clients in family-based petitions – including visas for same-sex spouses, widows, and widowers of United States citizens, and abused spouses and children of U.S. citizens and permanent residents; and in waivers of inadmissibility or deportability and humanitarian reinstatements.

Ms. Vega-Buzon also handles removal/deportation defense and has successfully terminated removal proceedings against her clients and/or secured relief for them.

Ms. Vega-Buzon is a graduate of the University of the Philippines where she received her Bachelor of Arts degree in Economics (Dean’s Medal) in 1981 and her Bachelor of Laws degree in 1985. She gained additional training and experience at the Southwestern Legal Foundation in Dallas, TX in 1993. She is a member of the American Immigration Lawyers Association, California Bar Association, and the Integrated Bar of the Philippines.

Bachelor of Law, University of the Philippines

Bachelor of Arts in Economics, University of the Philippines

Member of the Integrated Bar of the Philippines