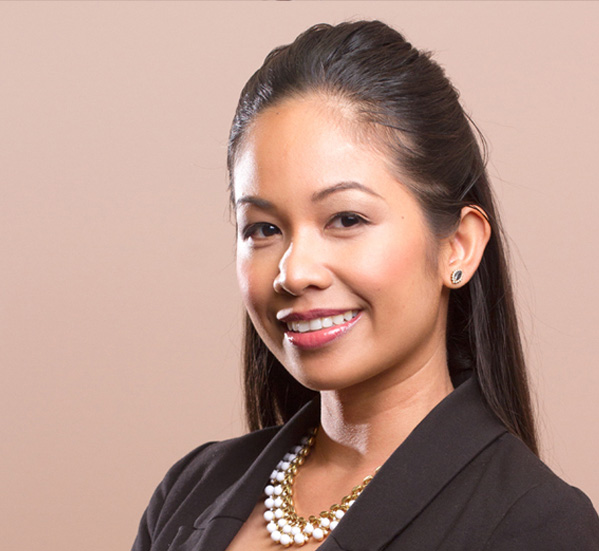 Atty. Lilli Berbano Baculi was admitted to the State Bar of California in 2012. Having already been with the Firm for a year as a law clerk, she quickly transitioned into her role as an associate attorney taking the lead in the assessment and preparation of cases for immigration – deportation defense, appeal, waiver, adjustment of status, naturalization with past convictions – and family law – divorce, child custody, and child support – through legal research, analysis, and writing (trial briefs, memorandum of points and authorities, appeal briefs), as well as appearing in court on behalf of clients.

Prior to this, she gained experience as a legal intern in different fields – discrimination and sexual harassment in the workplace; research on human rights, particularly on compliance with the Convention on the Elimination of All Forms of Racial Discrimination and the Convention on the Elimination of Discrimination Against Women. Most notably, she was a Judicial Clerk to the First Justice (now the Chief Justice of the Boston Municipal Court) at the East Boston Municipal Court in East Boston, Massachusetts. She also worked as a legal intern in the Consumer Protection Division at the Massachusetts Office of the Attorney General.

Ms. Baculi holds a Bachelor of Arts degree in Philosophy from the University of California in Irvine where she graduated in 2008 as a Regent Scholar and member of the Tau Sigma Transfer Honors Society. Thereafter, she moved to Boston, Massachusetts to attend New England School of Law on a Dean’s Scholarship. (See Atty. Baculi as a fresh-faced 1L on the NESL website). In 2009, she was in Galway, Ireland for the Program on International and Comparative Human Rights Law with the Chief Justice of the United States John G. Roberts, Jr. (See NESL’s “Postcards from Galway” featuring Lilli Baculi). The following year, she was in London, the United Kingdom for a program on Comparative Corporate Governance and International Alternative Dispute Resolution. She served as Co-Chair of the International Law Society and President of the Asian Pacific American Law Student Association and graduated on the Dean’s List in 2011.

Co-Chair of the International Law Society and President of the Asian Pacific American Law Student Association, University of California.